During the American Civil War, Jonah Hex (Josh Brolin) fought on the side of the Confederacy until betraying his comm... 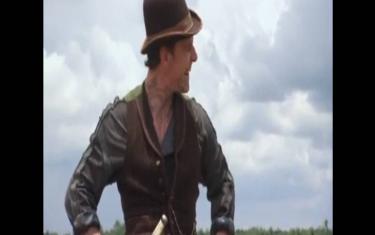 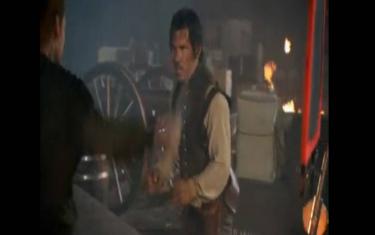 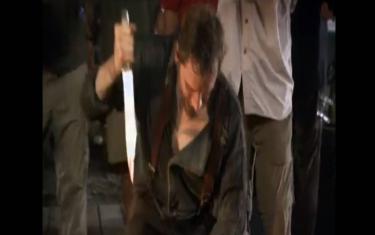 Show full gallery
File Size
650MB
Duration
1h 21min
Languages
English
Quality
720P
Story
During the American Civil War, Jonah Hex (Josh Brolin) fought on the side of the Confederacy until betraying his commanding officer, Quentin Turnbull (John Malkovich) to save a hospital and killing Turnbulls son in the process. A vengeful Turnbull and his right-hand man, Burke (Michael Fassbender), burn down Jonahs house with his wife Cassie and son Travis still inside and brand his face with a hot iron, leaving the initials QT; which he later removes with a red-hot tomahawk resulting in his disfigured visage. Days later, Native Americans find Jonah and revive him with their mystical powers. As a result, Jonah is present among the living while also having a presence on the other side, granting him the ability to temporarily resurrect and communicate with the dead. Eventually hearing of Turnbulls apparent death in a hotel fire, Jonah establishes himself as a legendary bounty hunter.Jonah rides into the town of Stunk Crick and presents his latest bounty to the town marshals only to realize they had no intention of paying, but instead to kill Jonah for his own bounty. Jonah kills the marshals and several gunmen and leaves. Meanwhile, a Union train is robbed of a weapon component being transported for safekeeping. Burke blows up the train and Turnbull, alive and well, orders the component be taken to Fort Resurrection. President Grant (Aidan Quinn) is informed of the train massacre by Lieutenant Grass (Will Arnett) and surmises that Turnbull plans to attack the Union on the Fourth of July (the countrys centennial). Grass is told to find Jonah and hire him to stop Turnbull.Jonah goes to a brothel and spends the night with Lilah (Megan Fox), a prostitute attracted to the disfigured man for more than just professional interest. As Jonah prepares to leave the next morning, Grasss men burst in and tell Jonah that he is being conscripted into the nations service to track down Turnbull. Realizing his family is still unavenged, Jonah accepts. Elsewhere, Turnbull and Burke retrieve the main component of the nation killing weapon, an orange chemical orb developed by Eli Whitney in service of the Union.Grass tells Jonah all that is known of Turnbulls plans but explains that the trail went dead because their informant died. Resurrecting the informant with his powers, Jonah learns that the man hadnt been recruited by Turnbull, but by Colonel Slocum (Tom Wopat), another associate of Jonahs who betrayed his family. Jonah pays Slocum a visit at an illegal death match pavilion run by Doc Cross Williams (Michael Shannon). Slocum is corrupt and sarcastically tells Jonah to ask Turnbulls dead son, Jeb, where his father is. Jonah throws Slocum into the fighting ring where the gladiator, a bestial, snakelike creature, attacks and kills him.Jonah rides to Gettysburg where he spends the night digging up Jeb Turnbull (Jeffrey Dean Morgan) and revives his corpse. After a brief confrontation, Jonah apologizes for killing Jeb during the Civil War. In return, Jeb tells Jonah about Fort Resurrection and then returns to the afterlife. Jonah then buys some new weaponry from Smith (Lance Reddick), a gunsmith, in preparation for battle. Smith points out that Jonahs hatred of the Union isnt born out of Southern loyalty but out of a stubbornness to adhere to the rules of government.Jonah goes to the fort and encounters Turnbull but doesnt get a chance to kill him. Jonah gets shot several times after a fight with Burke but is able to escape. As Jonah nears death and imagines what it would be like to fight Turnbull, his dog drags him to his Native American allies who perform a ceremony that heals Jonah. Back on his feet, he relays a message to Washington about Turnbulls plan to destroy the capital. Afterwards, Turnbull tells Burke to find what Jonah loves and bring it to him as bait for Jonah; Burke kidnaps Lilah from the brothel.Jonah sneaks through the dock where Turnbulls Confederate ironclad is being readied for the attack. Burke attacks him and the two discreetly
available subtitles (you can download them from above!)
Portuguese (BR) || German || Icelandic || Portuguese || Spanish || Finnish || Brazilian || Romanian || Turkish || Indonesian || Italian || Croatian || Greek || Serbian || Polish || Arabic || Ukrainian || English || Albanian || Hungarian || Bosnian || Estonian || Hebrew || Slovenian
Notes:
- you can download movie and subtitles from the above button 'Download Now'.
- the above download button is REAL! we're using here Adshrink service!
- We Are human, and we may make mistakes, please report below if there is an error.
Keywords:

New update on retiring and extension of service 03/08/2022. For more information, click here.
×