The Driver (Ryan Gosling) who lives in an apartment in Echo Park, Los Angeles, has no name and no signs of any real p... 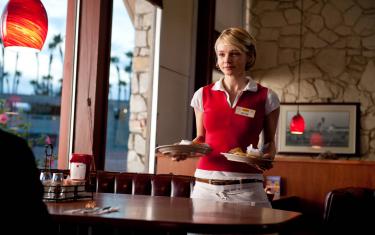 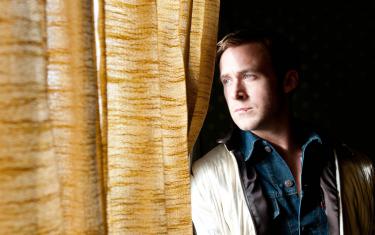 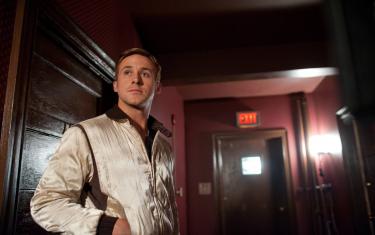 Show full gallery
File Size
708MB
Duration
1h 40min
Languages
English, Spanish
Quality
720P
Story
The Driver (Ryan Gosling) who lives in an apartment in Echo Park, Los Angeles, has no name and no signs of any real personal life. He barely speaks and rarely shows any real emotions. The Driver works repairing cars and as a Hollywood stunt driver by day and a getaway driver for criminals by night. The cars the Driver uses are provided by his mentor and boss, Shannon (Bryan Cranston) a crippled, washed-up body shop owner. On criminal missions all he does is drive. He doesnt plan any of the heist details and he doesnt carry a gun. He gives his clients a five minute window to pull off their jobs and get back in the car. If they do their jobs right and are out in five minutes, then the Driver guarantees a safe, successful getaway. The Driver lives in an inconspicuous apartment complex, in a sparsely decorated room, down the hall from an attractive young woman named Irene (Carey Mulligan) and her six-year-old son, Benicio (Kaden Leos). One day the Driver helps out when Irenes car breaks down and she invites him back home. Over a glass of water, she explains that her husband, Standard (Oscar Isaac) is in prison and she is raising her son alone.Meanwhile, Shannon wants to borrow $300,000 from Bernie Rose (Albert Brooks), a movie producer/loan shark/local gangster to invest in a racecar that he wants the Driver to race. After a trial at a local racetrack Rose is impressed with the Drivers skills and agrees to the idea. Less impressed is Nino (Ron Perlman), a hulking, ruthless thug and Bernies partner in crime.The Driver starts spending a lot of time with Irene and Benicio. He develops a genuine bond with Benicio and the chemistry and attraction between Irene and him develops into an unspoken romance. Unexpectedly, Irene receives a call from her husbands attorney that he is being released from prison in one week. Standard comes home and is shown to be a decent guy who regrets the actions that put him in jail. Irene and the Driver try to come to terms with the end to their short-lived relationship. Standard finds Irene talking to the Driver and senses something, but instead of feeling threatened, he welcomes the Driver.One day the Driver finds Standard beaten badly in the buildings parking lot. The attackers were from Standards previous employer, Cook, who wants him to pull off a daylight pawn shop robbery as payback for protecting him in prison. The Driver offers to help when he hears that Irene and Benicio may be in danger if Standard does not cooperate. Cook tells them that the pawn shop is expected to have around $40,000 in cash. Standard has been told that he is a free man if the job goes off as expected.Accompanying the Driver and Standard is Cooks associate, Blanche (Christina Hendricks). While the Driver waits in the parking lot, he sees another car sidle up in the parking lot a distance away. Soon Blanche returns with a heavy bag and the two wait for Standard to return. Suddenly, Standard runs out and is shot to death by the pawn shop owner. The Driver quickly drives out of the parking lot even as they are pursued and nearly killed by the car that was in the parking lot. The Driver executes some deft driving and manages to escape the pursuers.Hiding out at a motel afterward, the Driver realizes that the stolen money is more like a million dollars. The Driver and Blanche watch a news report about the pawnshop robbery which mentions that the shopkeeper reported nothing as stolen. The Driver is suspicious and forces Blanche to reveal whether they were set up and by whom. She admits that she was in on it with Cook, whose real name is Chris. While Blanche is in the bathroom, her cell phone goes off. The Driver realizes that Blanche has revealed their location to Chris, who has sent hitmen to kill him. One of the hitmen kills Blanche, and the Driver manages to kill both hitmen and escape. The Driver goes to a local strip joint in search of Chris. Using a hammer to beat in his hand, the Driver forces Chris to confess that Nino set up
available subtitles (you can download them from above!)
English || Finnish || Greek || French || Norwegian || Portuguese || Spanish || Portuguese (BR) || Hungarian || Turkish || German || Chinese (simplified) || Chinese (traditional) || Czech || Romanian || Polish || Basque || Hebrew || Italian || Arabic || Croatian || Serbian || Bosnian || Dutch || Albanian || Swedish || Mongolian || Japanese || Malay || Vietnamese || Bulgarian
Notes:
- you can download movie and subtitles from the above button 'Download Now'.
- the above download button is REAL! we're using here Adshrink service!
- We Are human, and we may make mistakes, please report below if there is an error.
Keywords:

New update on retiring and extension of service 03/08/2022. For more information, click here.
×